How Keith Urban Overcame His Battle With Alcoholism 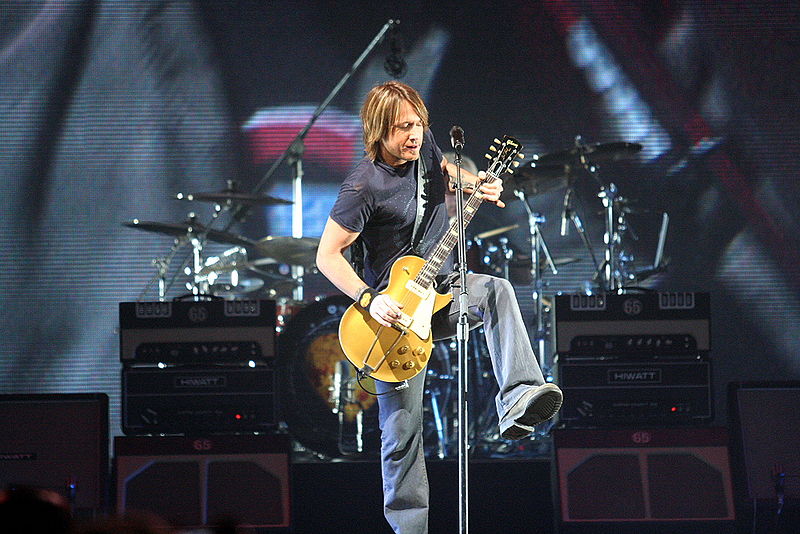 Keith Urban is a household name in any country music-loving home. His classic hits like “Days Go By” and “You’ll Think of Me” are staples on playlists and radio stations throughout the country. But like many in the music scene, the star’s past was littered with problematic drug and alcohol use.

Urban wasn’t always as open about his recovery as he is today. He still prefers to avoid talking about his sobriety to keep his fans from feeling weighed down by the heaviness of alcoholism and addiction. His desire is for fans to enjoy themselves as they listen to the music without having to think of Urban’s difficult past.

Alcohol Use Disorder (AUD) in Urban’s family didn’t begin with Keith. His father also struggled with alcoholism. Growing up in an alcoholic home, the effects of AUD were clear and he hoped to never experience the same struggle. “My dad was an alcoholic, so I grew up in an alcoholic house,” Urban explained. “It took me a long time to believe I was wired the same.

His road to recovery began in 1998 when he entered treatment for the first time. The Tennessee-based program introduced him to recovery and helped him realize another way of life was possible. Unfortunately, his sobriety was short-lived following that first stint and he returned to alcohol and drugs not long after.

Urban continued drinking for almost another decade. Despite his ongoing substance use, though, he also built a successful music career alongside his habit. It was difficult to see why he should quit what he was doing when success continued coming his way.

But meeting and marrying his wife, Nicole Kidman, changed everything. At her insistence, Urban spent another few months in rehab in 2006. He insists that their marriage was the catalyst necessary to extract him from the life he was living. “I just realized I’m allergic to it,” he said of his drinking, “Someone said, ‘You have an allergy? What happens when you drink?’ and I joked, ‘I break out in cuffs.’”

Urban credits Kidman’s urging to quit and her ongoing support for its primary role in his recovery. She serves as a vital part of his path to sobriety and his continued life in recovery. “I was born into her, and that’s how I feel. And for the first time in my life I could shake off the shackles of addiction,” he said in an interview.

Today the pair have two children, Faith, 10, and Sunday, 13. His recent ballad, “Thank You”, is a tribute to his family. He used the song to express his gratitude to Kidman and his girls, with a special emphasis on his wife.

Although he’s more open about his sobriety today than he was before, Urban prefers not to make it the focus. His fans come first and he doesn’t want his story to deter them from enjoying themselves how they see fit. He explained, “I don’t talk a lot about it because I love my audience being able to just come and have a great time."

Urban’s sobriety is likely a major factor in his ongoing success in the country music world. Of his music, Urban said, “I had to find a different way to be in the world. I’m glad [sobriety] didn’t change anything about my music. I feel lucky it hasn’t defined my creativity.”

Uninhibited by the effects of substances, his mind is clear to create and share an ever-expanding catalog with his fans. Urban is about to kick off his 2022 “Speed of Now” World Tour. He plans to visit six countries spread throughout three continents, starting with the United States and moving on to Canada, the United Kingdom, Germany, the Netherlands, and Australia.

The longer Urban stays sober, the better he can connect with his fans around the world. Freedom from alcohol provides more possibilities than anyone could possibly imagine. Although quitting drinking may feel like the end of a fun life, it truly becomes the beginning of something incredible. And Keith Urban’s story is proof.