Rob Lowe Thanks His Family For 31 Years Sober 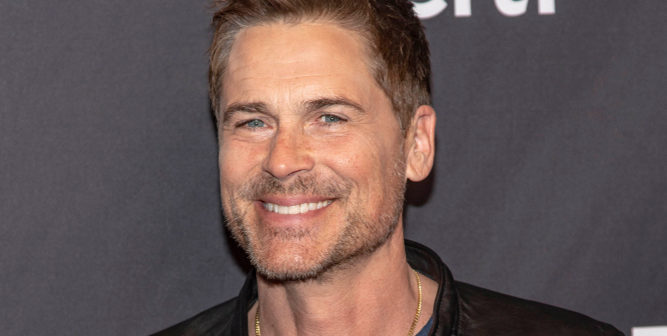 By SoberinfoThe beginning of May marked 31 years of sobriety for celebrity Rob Lowe.Following the release of “The Outsiders” in 1983, Lowe became an instant teenage heartthrob in his role as Sodapop Curtis. Unfortunately, in his real life off of the silver screen, he fought a battle with alcoholism and drug abuse that continued for a few more years afterward.Lowe first started drinking when he was a young teenager, around the time his family moved from Dayton, OH to Malibu, CA when he was 13. After he arrived in California, he began pursuing his dreams of acting and quickly found himself surrounded by a faster crowd. Hollywood is no stranger to alcohol and drug abuse and its attitudes toward drug use were looser then than they are now.His drinking and drug use progressed alongside his career. Substances accompanied him all through the 1980s and he eventually found himself wrapped up in a very public scandal in 1989. The ensuing publicity and legal problems were a wake-up call but still not enough to push him over the edge.Lowe’s decisive call to sobriety came in 1990. He recalls being painfully hungover when his mother called and started leaving a message on his answering machine. He didn’t want her to know about his state so he listened as she explained his grandfather was in the hospital in critical condition and that she needed Lowe’s help.“And I didn’t pick up,” Lowe explained in an interview with Variety. “My thought process in that moment was ‘I need to drink a half a bottle of tequila right now so I can go to sleep so I can wake up so I can pick up this phone.”Lowe realized how insane his thinking had become, even through the haze of his hangover, and he finally woke up. He recognized that he needed professional help and he needed it sooner rather than later.Lowe had been holding onto a drug and alcohol counselor’s business card that a friend gave him a year ago. His friend asked him to get help, but Lowe still wasn’t ready at the time. Now as he avoided his mother’s desperate message on his machine; he knew that the time had come.He made the call to the counselor the next day and started on his path to recovery. Like so many others, Lowe started with a stay in drug and alcohol treatment where he received the vital explanation of his behavior. Through learning about the science of addiction and attending therapy, he laid the foundation for the life of recovery he still lives today.Lowe is consistent in his stance that a person isn’t ready to get sober until they’re ready. Nothing can make someone stop drinking or using drugs; they’re the only person who has any control over their use.“Unfortunately, no one can get healthy for their job or for their relationship or because of their court case or because of mom or dad or sister or brother,” he told Sunday TODAY in January. “They can only do it when they want to do it. Honestly.”No amount of demoralization can get a person sober before they’re ready to do it themselves. Drug and alcohol abuse isn’t as simple as “just quitting” and Lowe’s story and continued support backs that up.Now with 31 years of sobriety, Lowe continues sharing his story to shatter the stigma and encourage others to do the same. He hopes that by being open and honest about his struggles, others will feel safe to seek the help they need. His family was his main priority after getting sober and that continues to be true today. He also encourages others to reach out for help if they’re struggling.As he wrote in his annual post on Instagram, “Today I have 31 years drug and alcohol free. I want to give thanks to everyone walking this path with me, and welcome anyone thinking about joining us; the free and the happy. And a big hug to my family for putting up with me!! Xoxo”Even with 31 years, though, his active pursuit of recovery is not over and never will be. As Lowe explained during his interview with Variety, “The only way to stay in recovery is to be honest with yourself on a minute-by-minute basis. No secrets, no double life. And you have to get real.”