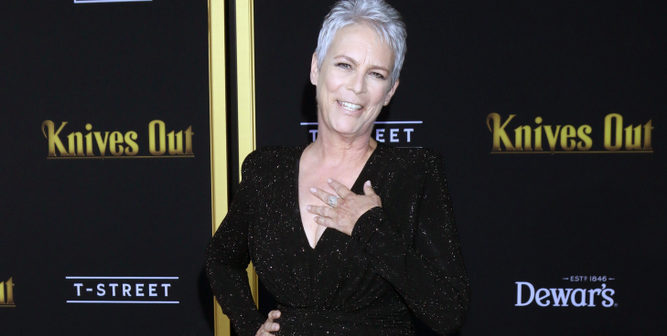 By SoberinfoJamie Lee Curtis recently posted about her 22-year sobriety anniversary in an encouraging Instagram post. The throwback photo featured her beaming face with a glass of alcohol in hand. Her caption described the way she kept her secrets hidden behind that smile for years.Curtis hasn’t hidden her recovery, though. She first shared about her sobriety in a cover story for “Redbook” when she had been in recovery for two years. Her interviewer asked what she attributed her development as a human being to. She paused for a moment, decided to share the truth, and explained, “Well, I think the fact that I’ve been sober for almost two years is a big part of it.”

Curtis admits to drinking too much in a very “controlled” way but also explains that alcohol was only part of the problem. She used plenty of other substances throughout the years, even recalling a time when she shared drugs with her father, Tony Curtis. He also had his own struggles with substances and she recalls times they did cocaine together when she was younger.But Vicodin was the substance that brought her to the point of surrender. She first started using painkillers after a plastic surgery procedure and her use progressed from there. The entirety of Curtis’ Vicodin habit went on under the radar for over 10 years. She excelled in her career and maintained her image but relaxed with her pills in the evening the whole time.By the end of her use in the late 1990s, she took her pills five at a time and chased them with wine. It wasn’t until a friend who was staying with her family in late 1998 caught her taking a handful of Vicodin as she cooked dinner for the family. Her friend gently confronted her, telling her, “You know, Jamie, I see you.”

The Role of Recovery Meetings

Even though she knew her run was over, it took a few more months for Curtis to make a change. She went to her first meeting in February of 1999, after reading a piece on Tom Chiarella’s Vicodin addiction in Esquire, and has been sober ever since. She was terrified that someone in the meetings would betray her trust but found that they were a safe place.“Freaky Friday” was the first movie she made after getting sober when she had about nine months of sobriety. Instead of attending outside meetings, Curtis held recovery meetings in her trailer every day of production. That was the beginning of holding meetings in her trailer whenever she’s filming in locations where meetings aren’t available.Curtis credits all the recovery meetings she’s both held and attended for their significant role in her recovery. She’s attended meetings consistently since the start of her sobriety. In her now over two decades of sobriety, Curtis has been to meetings all around the world while filming, touring, and traveling.

Shattering the Illusion of Control

Now 62, the Halloween icon uses her story of alcohol and substance abuse to encourage others to seek help. Her high-bottom story is helpful to anyone who believes their problem might not be “that bad”.It’s easy to deceive yourself into believing that a lack of severe consequences or keeping your use a secret means you aren’t bad enough to stop. “I was the wildly controlled drug addict and alcoholic,” Curtis told Variety in 2019, “I never did it when I worked. I never took drugs before 5 p.m…No one knew at all. Not one person knew.”As Curtis explained in her post, though, you’re only as sick as your secrets. If you’re struggling with an alcohol or drug problem that you’ve hidden from your loved ones, it’s never too early to get help. There are options available to anyone who wants to stop drinking or using drugs, no matter how often that might be.The ongoing trend of celebrities sharing their struggles is crucial in shattering the stigma associated with alcohol and drug abuse. Too many people fear the potential backlash that comes with asking for help. People opening up about their setbacks gives others permission and strength to do the same.If you or someone you know is suffering from alcoholism, Soberlink may be able to help. Soberlink provides accountability to those on their recovery journey. Read more about Soberlink here.