Juneteenth: Celebrating Amidst the Need for Change 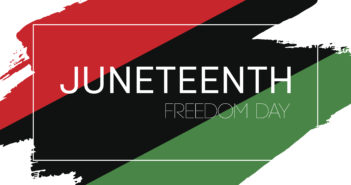 By SoberinfoJune 19th marks Juneteenth, a holiday recognizing and celebrating the emancipation of people who were enslaved in the southern United States. General Gordon Granger finally proclaimed freedom for enslaved individuals in Texas on June 19, 1865. Since that day, communities have celebrated Juneteenth across the country every year.At the same time, Juneteenth wasn’t on many peoples’ radars until the last few years, though. The sharp increase in awareness of the ongoing, present-day mistreatment of Black individuals in America called for widespread recognition of the holiday. More and more people are realizing that many of the disparities minorities experience is still alive and well.Public perception of substance abuse among Black individuals is one of these problems. Black people are arrested at disproportionate rates compared to white individuals. They’re also less likely to receive or complete substance abuse treatment programs. Plenty of alarming statistics reveal the reality of the perceived drug problems among Black individuals.Juneteenth celebrations are important, but looking at the issues that still exist is even more crucial. How do Black people struggle under the stigma and misunderstandings that surround substance abuse?

Substance Use in Black Communities

Despite the ongoing work to decrease the stigma surrounding substance abuse, judgment and misunderstanding persist. Some still don’t understand that substance abuse is a chronic, progressive disease that leads to compulsive, uncontrollable drug use. These misconceptions and scrutiny are oftentimes even more severe for Black individuals in America.According to data from 2019, about 66 million people (23.9% of the population) in the United States reported binge drinking in the last month. Additionally, 57.2 million people (20.8% of the population) reported using illicit drugs in the last year. Over one-fifth of the population used drugs or alcohol at least once during the last year.Research shows that both Black and white people use drugs at similar rates. However, Black individuals have an imprisonment rate that is 6 times higher than white individuals. Black people represent 29% of arrests and 33% of incarcerations for drug offenses despite making up only 5% of the illicit drug-using population.If rates of substance use aren’t any higher than other ethnicities, why are arrests and incarcerations so much higher? There’s a clear distinction between the way white people and Black people face charges for the same problem. That means there is still a lot of work to do.

Along with the drastic differences in arrest and incarceration rates, disparities exist in access to Substance abuse treatment, too. According to the American Psychological Association, members of racial and ethnic minority groups are more likely to experience barriers to treatment. So Black people are not only more likely to be arrested and jailed for drug offenses, but they’re less likely to receive specialized care for their substance problems.Approximately two million people receive publicly-funded substance abuse treatment each year in the United States. More than one-third of those individuals do not complete their intended treatment programs. One study showed that Black individuals were 3.5 to 8.1% less likely to complete treatment than white individuals. These disparities were largely due to socioeconomic differences.Financial barriers to treatment are a significant problem among many but data shows this is especially true for Black individuals. Increasing access to life-saving substance abuse care can make an incredible difference. Better cultural training for care providers can also increase the likelihood that a person remains in treatment. Eliminating the barriers that minorities have to these vital treatment services is one step toward decreasing the disparities.

Recognizing the Work to Be Done

As Juneteenth approaches this Saturday and celebrations begin, it also offers an opportunity to recognize the work that still needs to be done. Black people deserve to celebrate the progress made but need support in making sure that progress continues. Learning more about the gaps between people and the help they need is a great place to start.Juneteenth serves as a springboard for more conversations about how to decrease stigma surrounding substance abuse among Black individuals and increase access to care. The sooner a person receives help for their substance abuse, the more likely they are to remain in recovery. Juneteenth is a great time to recognize that there is still more to do.

Drinking Alone When Younger Linked To Alcoholism In Mid-30s

‘Do I Have To Tell My Boss I’m Going To Rehab?’

If Your Partner's Alcohol Use Affects Your Relationship, These 8 Tips May Help

How Much Care Does An Addict Need To Recover?